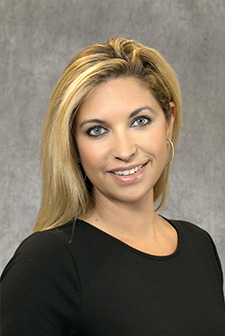 Lisa Kornstein Kaufman grew up in North Carolina with her parents and her brother David. She grew up a self-admitted tomboy, wanting to do everything her dad and her brother did. Fashion was never something that was even on her radar until she took a part time job to help a friend while she was attending graduate school in South Carolina. While working towards her master’s degree in higher-education administration with an emphasis in counseling, Lisa started working part time at a small clothing boutique. Little did she know; she was a natural. It was the same thing that drew her to counsel college students, that also had her hooked working in the store, her natural ability to connect with people. After completing her graduate degree in Education, Lisa moved back to NC and decided at the young age of 25 there was no time like the present to follow this new larger than life dream of owning her very own store. Lisa jumped in with both feet, wrote a business plan, took it to the bank, was approved for a Small Business SBA loan and 3.5 months later in the Spring of 2002 opened the doors of the very first Scout & Molly’s clothing boutique (named after her dogs) located in Raleigh, NC. Three years ago, Lisa partnered up with a team in PA and formed Franlogic Scout Development. Today there are close to 40 Scout & Molly’s Boutique franchises open across the country (7 in FL) with another 60 or more currently in development. Lisa will tell you herself, when she decides to do something, she does it all the way, and oh, how true that would be!

The idea was simple: an unintimidating boutique with contemporary women’s fashions, designed to feel like you’re rummaging through your stylish best friend’s closet. Kaufman would personally guide customers through the store, helping them assemble the perfect outfit with pieces from designer brands. There was something different about shopping in a Scout & Molly’s. It was as much about the client experience and comfort level as it was about the clothes. Lisa made it personal. In 2008, with 2 small children at home and a business to run, Kaufman was diagnosed with Multiple Sclerosis. This was a turning point for Lisa and for her business. She refused to let the diagnosis and the disease define her. She was determined to take it as a sign that life is short and we are all here for a reason. Kaufman decided her purpose was to make a difference in the lives of others. She began incorporating fundraising into her business model and it truly became part of the Scout & Molly’s corporate culture. Over the years she has raised money for the National MS Society, The MS Foundation, several animal rescue groups and a multitude of other philanthropic organizations. Shopping for a Cause has become a part of the whole Scout & Molly’s experience.

Lisa’s introduction to our community in Boca Raton kicked off about 4 years ago. Lisa was in FL on a buying trip and met her husband, local CEO of Kaufman Lynn Construction & former BBB Dancer himself, Mike Kaufman, by the pool at the Royal Palm Hotel in South Beach. Lisa mistook Mike as the groom at his daughter’s wedding, which she saw taking place the night before. She asked him where his bride was, and once they cleared up that misunderstanding, Mike invited her to dinner that night. She turned down the offer to doctor her foot—which she’d hurt on the treadmill. Regretting not going, Lisa says she guessed his company email and sent: “This is not something I’ve ever done before and if [you] think this is totally silly … [you can] just disregard the whole thing.” Mike responded to her email with: “Well… I guess we must have been feeling the same thing because this morning I left you a voicemail in your hotel room, it should be there waiting for you.” The couple married two years ago and now split their time between Boca Raton and Raleigh. They love spending their free time with their blended family of 6 kids, a Great Dane named Banx and when time allows fishing on their boat.

Lisa’s passion for philanthropy and her personal ties to the Education community made our decision to invite her as a participant in this year’s Boca’s Ballroom Battle an easy one. We are ready to watch Lisa do what she always seems to do and jump in with both feet! 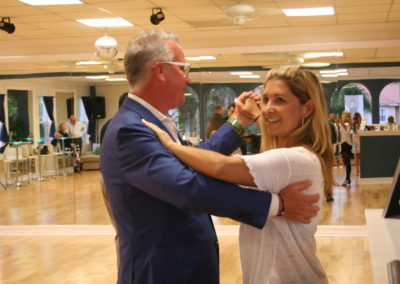 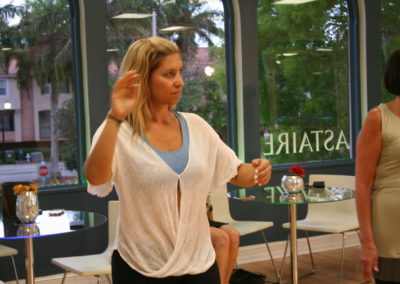 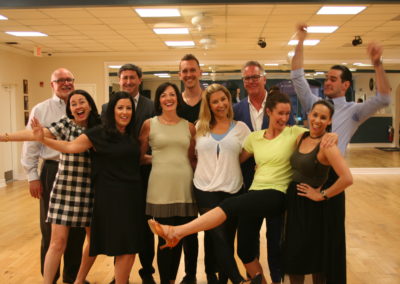 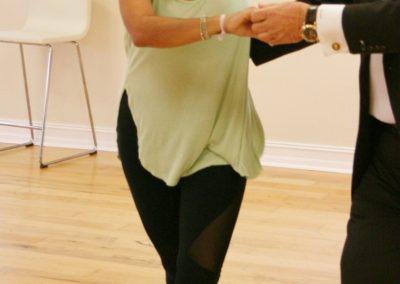 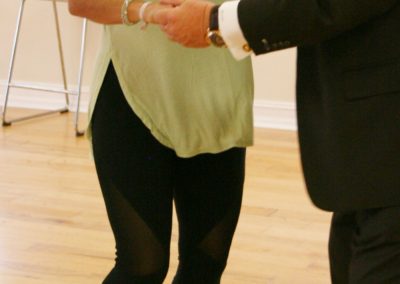