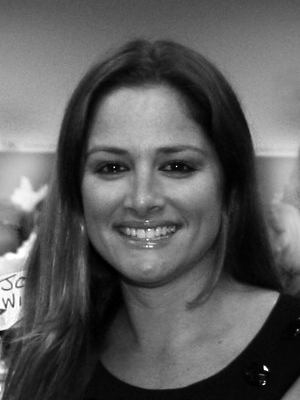 Nicole was born and raised in Los Angeles, California, but re-located to Boca Raton almost five years ago. A graduate of the University of Southern California, Nicole is currently the Director of Business Development, for James A. Cummings, Inc., a South Florida General Contractor.

Nicole is very involved in the community and serves as a member of the “Builders Board of Appeals” for the Boca Raton City Council.  Other community involvement includes; 2008 South County “GO RED” Chairman for the American Heart Association, Co-Founder of the young professionals 20’s – 40’s networking group, “South Florida VIP’s,” Board Member of ORBIS a Broward County based young professionals organization, Sponsorship Chairman for 2008 March of Dimes Signature Chef Event.

Nicole was also a winner of the South Florida Business Journal 2007 Up & Comer’s Award and a finalist for the same award in 2006 and a judge in 2008.  Additionally, Nicole was one of only (31) nominees for Junior League Boca Raton, Woman Volunteer of the Year 2007 for her volunteer efforts for KIND (Kids in New Directions).

Nicole is an avid tennis player and in her spare time, she also enjoys working out, playing in a coed softball team, traveling, going to the movies, watching “Dancing with the Stars (her inspiration for this event) and spending time with family and friends.

Dancing in “Boca Ballroom Battle” is not only an honor but a real challenge for Nicole, as ballroom dancing is certainly out of her comfort zone. She welcomes the challenge and is bringing her “A” game , as the youngest female competitor in the competition!!!