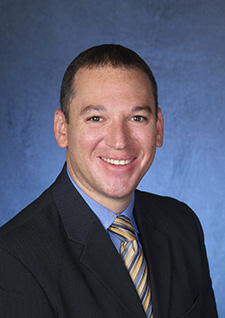 “A dynamic health care system stems from creating success in our team of providers.  It is about a never stop learning attitude.  I am a true believer in finding new pathways for growth and enhancing traditions of the past.  Passion, energy, and drive are musts in everything you do as a leader.”

Brian Altschuler serves in a leadership role at Boca Raton Regional Hospital as Vice President of Ancillary Operations.  In addition to his core role in human resources, he is also responsible for the Center for Lifelong Learning’s focus on organizational advancement and leadership excellence.  Brian further has operational oversight for the hospital’s safety and security function, facility operations, food and environmental services, and acts as a liaison to the Debbie-Rand Memorial Service League, a group of nearly 1,000 volunteers.   Executing against Boca Regional’s Five Key Areas of Success, the Human Resources Services Division focuses on people, process, and systems that support the hospital’s growth.

Prior to joining Boca Regional, Brian played an integral role in leadership and staff development at both Palms West Hospital and Bethesda Healthcare System.  Other career highlights include ten years with Marriott International in various operational and support positions and Walt Disney World Resorts.  “Lifelong Learning” being one of Brian’s core beliefs, he earned his Master’s in Management with a focus on Leadership from Nova Southeastern University.  “Learn, develop, and grow” is his motto.

Community and paying it forward are a critical to Brian.  He serves on many boards and committees to model those words. Brian was the top male fundraiser as a community dancer in 2015 Boca’s Ballroom Battle.